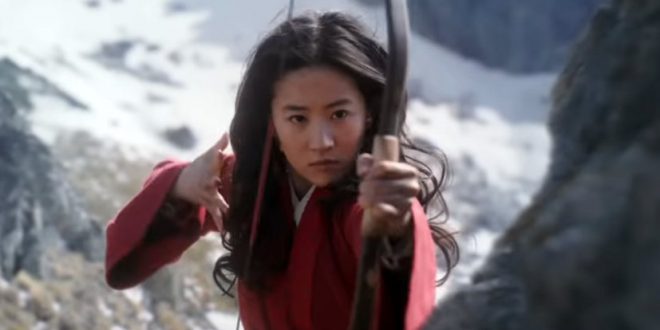 Liu’s statement sparked instant outcry in Hong Kong, where the local police have been accused by international human rights groups of excessive use of force in confrontations with protesters and the public.

Posting to her 65 million followers on Chinese social media platform Weibo, Liu shared an image originally released by the state-backed People’s Daily, reading: “I support Hong Kong’s police, you can beat me up now,” followed by, “What a shame for Hong Kong.”

Calls for a boycott of Disney’s live-action remake of the 1998 animated movie “Mulan” were trending on social media Friday after the movie’s star, Chinese-born Crystal Liu Yifei, shared a message supportive of the police crackdown on Hong Kong protesters.

Liu’s comments have prompted the rise of the hashtag #BoycottMulan on other social media platforms including Instagram, Facebook and Twitter — all of which are blocked by China’s strict censorship regime. On Instagram, her comments have also become host to a showdown between pro-Beijing and pro-Hong Kong factions.

Another user earned over 1,300 retweets in less than 12 hours for the message, “How tone deaf do you have to be to support police brutality when you just filmed a character who is supposed to stand against oppression in its raw form?”