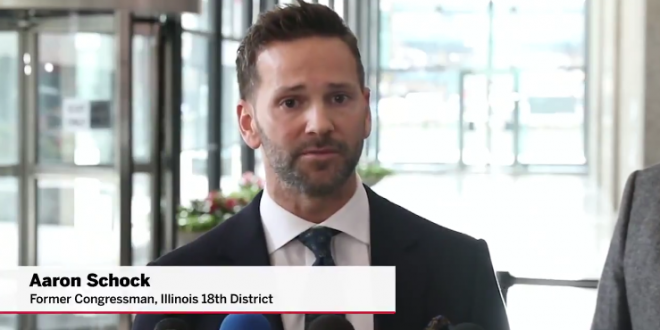 Progressive activists don’t care about the personal pain they’ve caused Schock and his family. He earned their ire both by being a Republican and for his history — perceived as hypocritical — of voting against gay rights.

While in Congress, Schock did not support the repeal of the “don’t ask, don’t tell” policy that banned gays from openly serving in the military, and he also opposed gay marriage and hate crime laws. Yet only in the mind of an unhinged, intolerant leftist does this make him a hypocrite worthy of humiliation.

Moreover, as Schock has explained, he hadn’t even come to grips with his own sexuality when he was in Congress. That doesn’t make Schock evil; it just makes him human.

Polumbo is particularly incensed that some gay sites this week published a reportedly private chat in which Schock makes excuses for his slide from closeted anti-gay GOP lawmaker to alleged Grindr selfie trader.

As JMG tipster Phil notes, the above-linked article may be the first instance of a conservative outlet acknowledging Schock’s sexuality.

NOTE: Probably like most of you, I’d never heard of the piece’s author until today, but a cursory web search on him first landed me on, what else, a column that whines about nobody wanting to date homocons.

Progressive gay media seems to have left journalistic ethics behind to shame and humiliate gay people who vote Republican.https://t.co/j5WUKzg7X7