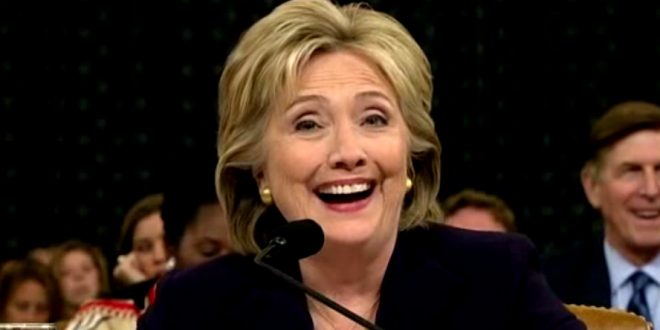 There are many on Twitter “with her” after Hillary Clinton responded to a tweet from singer Lizzo Wednesday. The day prior, the “Juice” singer tweeted a clip from a Democratic presidential debate with then-candidates like Clinton and Bernie Sanders on their feet for the national anthem.

Only instead of “The Star-Spangled Banner,” Lizzo’s “Truth Hurts” plays instead: “Why men great ’til they gotta be great?” Clinton responded with the next line of the track, stopping before an expletive is dropped. “I just took a DNA test, turns out…” she tweeted.

The line is: “I just took a DNA test, turns out I’m 100% that bitch.” Members of the Twitterverse promptly lost their minds. Some shared GIFs of people falling to the floor.