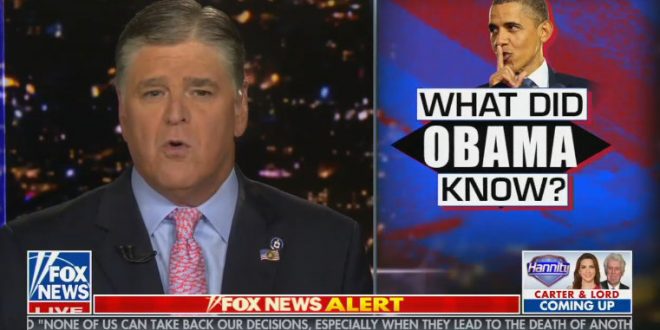 Hannity: Put Obama Under Oath For Spying On Trump

“Let’s not forget the unprecedented level of unmasking and leaking raw intelligence and abuse of surveillance powers. How did Samantha Power ever ask the unmask — what is it, a UN ambassador. Why is she unmasking 300 Americans in 2016? Oh, she claims she didn’t.

“This question must now be asked by law enforcement. It’s time for Obama to be put under oath.” – Sean Hannity, on last night’s show.