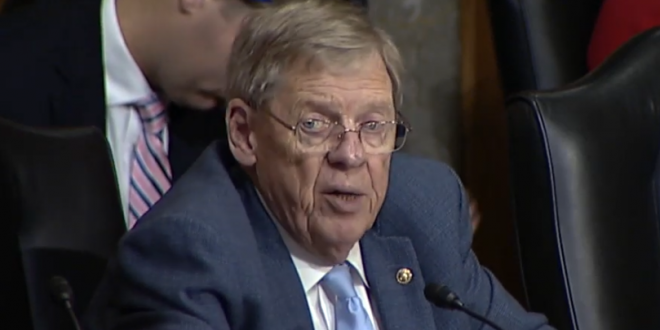 GOP Sen. Johnny Isakson To Resign At End Of Year

Sen. Johnny Isakson (R-Ga.) said Wednesday that he will resign at the end of 2019, citing health problems. Isakson, who was reelected to a third term in 2016, said in a statement that he has informed Georgia Gov. Brian Kemp (R) of his decision, effective Dec. 31.

“I am leaving a job I love because my health challenges are taking their toll on me, my family and my staff. My Parkinson’s has been progressing, and I am continuing physical therapy to recover from a fall in July. In addition, this week I had surgery to remove a growth on my kidney,” the senator said.

News: GOP Sen. Isakson will resign at the end of the year. He’s dealing with Parkinson’s and a bad fall this summer. He won a six-year term in 2016.

Previous Trump Weeps: We Have To Start Looking For Another Outlet Because Fox News Doesn’t Work For Me Anymore
Next Tucker Carlson Blames Mass Shootings On Marijuana