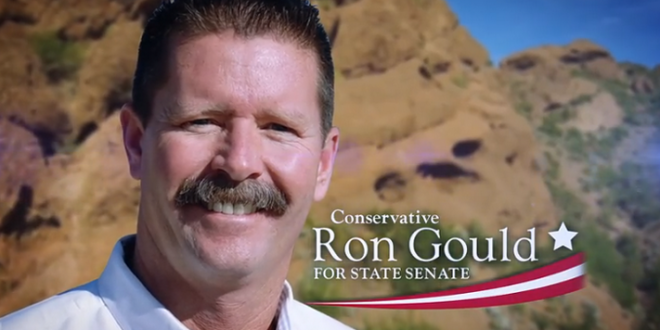 GOP Official: Gay Men Have A Life Expectancy Of 42

A former Arizona state senator currently serving as an elected official in Mohave County is under fire for making homophobic remarks.

Mohave County Supervisor Ron Gould on Tuesday falsely claimed to the Kingman Daily Miner that gay men have an average life expectancy of 42. Asked whether he believes gay men die younger because of their sexual orientation, Gould said, “That’s why they die.”

He added: “We all have our sins, but we should try to suppress them. Alcohol is harmful, too, but we don’t see groups promoting alcoholism.”

The quote to the local paper came after Gould refused to fire a zoning board official after she posted racist comments on Facebook.

While in the Arizona Senate, Gould was the sponsor of a 2008 bill to hold a referendum on placing a ban on same-sex marriage in the state constitution. His ballot measure was approved by voters with a 12-point margin.

His life expectancy claim likely comes from the work of debunked anti-LGBT activist Paul Cameron, who arrived at that number by the using the highly scientific method of averaging the ages of men listed in AIDS obituaries in the 1980s. 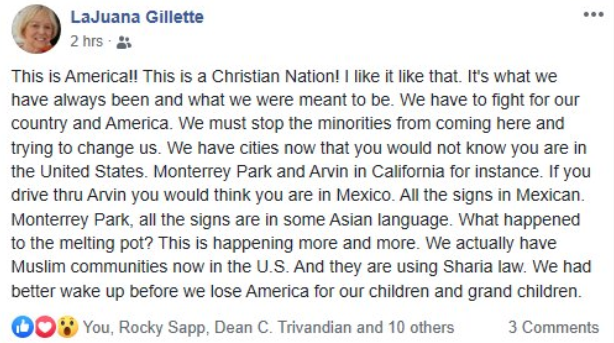 Previous Christian Prophet: The Lord Showed Me A Vision That The White House Was Bugged By The FBI And The CIA
Next Trump Defends Linking Bill Clinton To Epstein’s Death: That Was A Retweet From A “Highly Respected Pundit”