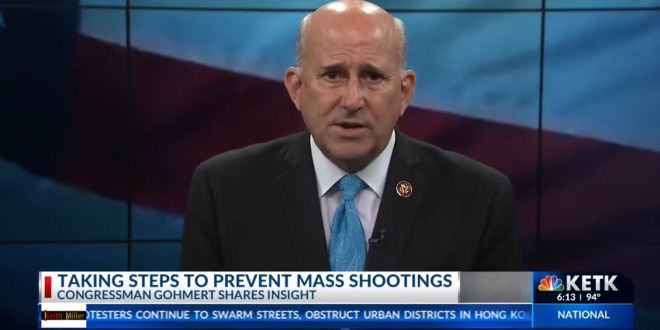 Gohmert: Don’t Charge Terrorists With Hate Crimes Because One Day They’ll Use That Against Preachers

The way Congressman Louie Gohmert (R-TX) sees it, if the man behind the El Paso mass shooting is eventually charged with a hate crime for targeting immigrants in his racially-motivated massacre, then it’s only a matter of time before religious leaders start getting locked up too.

“There is no death penalty under federal law,” Gohmert said, “so all of this screaming and yelling we need to punish him for hate crimes, you know, that’s just going to be something used to lock up preachers someday.”

Gohmert continued to say “we should punish people for what they actually do, and not for something stupid that they say or may have crossed their mind.”

As you’ll see in the clip below, Gohment brings up the Matthew Shepard Act, which became law in 2009 and has yet to result in any preachers being imprisoned.