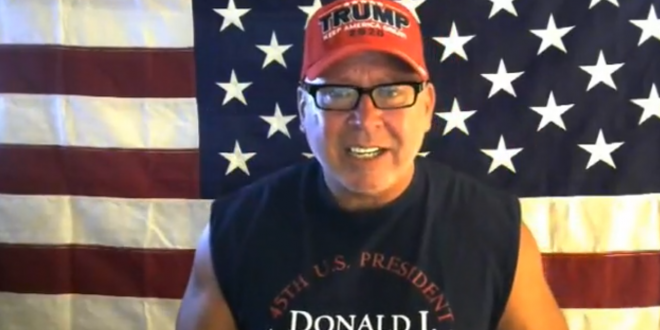 GEORGIA: Republican US House Candidate Withdraws After Identifying Himself As Proud “White Nationalist”

Chances are you haven’t heard of Donnie Bolena. He’s the owner of a small business, an unsuccessful candidate for mayor of Sandy Springs, and a weightlifting fan. Until this weekend, Bolena was also a candidate for the Sixth District congressional seat currently held by U.S. Rep. Lucy McBath, D-Marietta.

On Saturday, two days after identifying himself as “a white nationalist,” Bolena said he was persuaded by state and Fulton County GOP officials to exit the contest. “Some of it was self-inflicted. Some of it wasn’t. My account was hacked. Things have taken place,” said Bolena, wearing a red Donald Trump re-election cap, in a 22-minute Facebook video.

Bolena said that the chair of the party had approached Bolena about leaving, though the Fulton County Republican Party did not respond to USA TODAY’s requests for comment.

“I said this to the chairman when I talked to him this morning. I said, I am so sick of being attacked for being white. Why are white people apologizing for being white?”