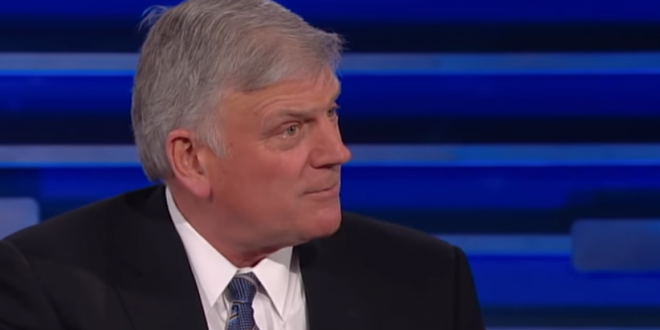 Franklin Graham, the son of renowned evangelist Billy Graham and president of the charity Samaritan’s Purse, said the president’s critics had devalued the word “racism.”

“The left has weaponized it and uses it against their opponents,” he said in a telephone interview Thursday. “The president is not afraid to go after anyone — their color has nothing to do with it. It’s the person’s ideology and politics.”

Graham contended that Trump was justified in his criticism of Cummings’ district encompassing much of Baltimore. “The president is right — it should be investigated,” Graham said. “Billions of federal dollars have been given to this area. It certainly hasn’t helped the people of Baltimore.”