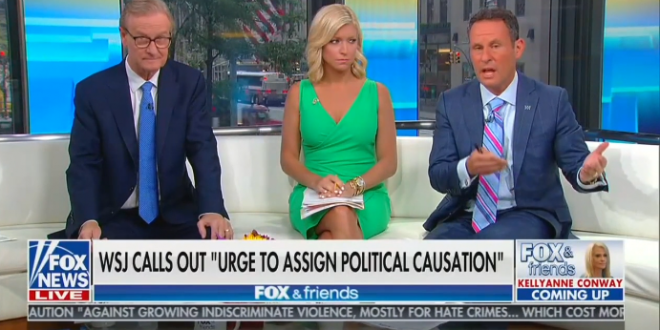 “What the president has during his two and a half years is a major problem at the border, which was not his doing. Unless you want to blame President Obama for the unaccompanied minors that streamed through here in 2014.

“When you have over 110,000 people coming a month, over a million last year, and then well over a million this year — if you use the term an ‘invasion’ that’s not anti-Hispanic. It’s a fact.

“If the Russians were coming through Alaska, through Canada, the president would be using the same language. But it’s the fact it’s happening at the border.

“If you talk to people who are apolitical at the border, people want to look at the words ‘infested’ and look at what the president’s saying, and then they say, ‘well, how could he use this rhetoric,’ when it turns out Elijah Cummings is using the same exact rhetoric 10 years before the president was even hosting The Apprentice.” – Fox & Friends host Brian Kilmeade, on this morning’s show.