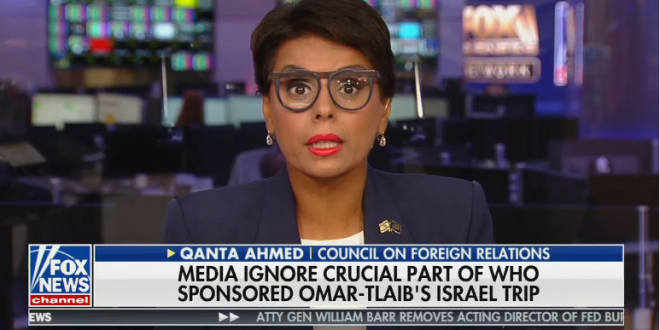 “They could be change agents for good if they were pluralist Muslims, if they knew what was in the Koran, where we recognize Jews, where we recognize the sanctity of Moses, the holiness of the Torah — but they’re not. They are using Islamist tactics to invert reality.

“I don’t care whether they were Democrats or Republicans. The question is, where is the speaker of the House? Where is the Speaker Pelosi to not just reprimand them and silence and marginalize them? That’s what I’m upset about.” – Qanta Ahmed, last night on Laura Ingraham’s show.

How can you have Holocaust envy AND deny the Holocaust?

HOLOCAUST ENVY??? Holy shit, how can someone manage to offend both Jews and Muslims with TWO WORDS?

How can this show attract any advertisers? Who would want to sponsor this crap? https://t.co/2VJo4hoRG5