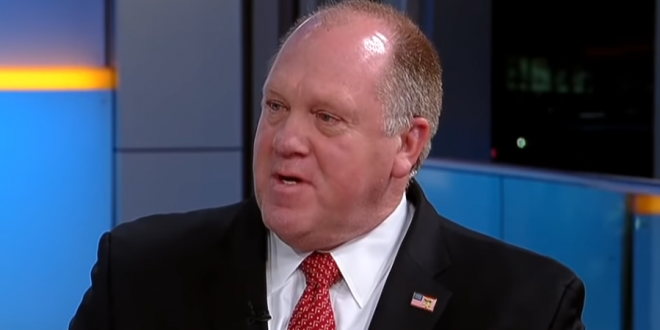 “I think the framers of the Constitution did not mean for birthright citizenship for those who are in the country illegally. I don’t think they want to reward illegal behavior. I’ve been in this business for three decades. And I tell you, one of the first things a lot of these illegal aliens do when they get here is have a U.S. citizen child because they can get benefits, food stamps, you know, social services.

“And look what’s happened just the last two years. We have people say why is ICE arresting somebody who has two U.S.C. children and been here over 10 years? Because the message we want to send is, come to this country illegally, have a U.S.C. child, and now you’re immune from law enforcement, you get to stay? You’re never going to solve the crisis.

“More women are going to be raped, 31% are already being sexually assaulted, more children are going to die. We have to take the enticements away. So, I think they should look at this and really think about what the framers of the Constitution meant.” – Fox News contributor and former Acting ICE Director Tom Homan, on Fox & Friends this morning.

Earlier this summer Trump announced that Homan would be his “border czar” – an announcement that took his own aides by surprise and has not yet been acted on.