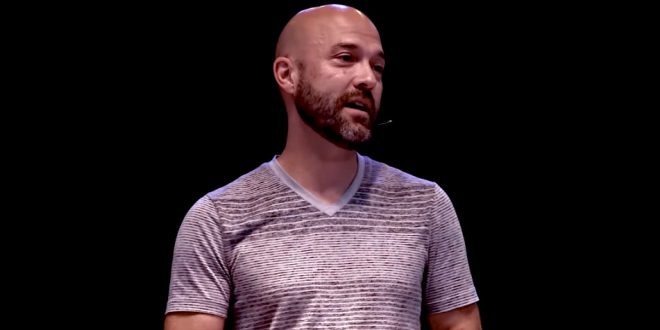 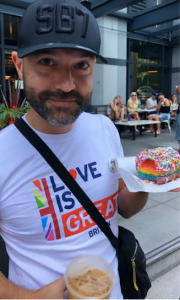 Former pastor and evangelical author Joshua Harris demonstrated his support for the LGBT community by marching in Vancouver’s annual Pride Parade less than a month after announcing he no longer considers himself a Christian.

Harris’ participation in Vancouver’s Pride Parade comes after he announced that he and his wife Shannon are separating, he no longer considers himself a Christian, and he regrets having taught that marriage is a union only between a man and a woman. Harris denounced his 1997 bestseller I Kissed Dating Goodbye, which discouraged dating and influenced the purity movement.

Harris’ “apostasy and betrayal” has dominated headlines on Christian media for weeks.

The Joshua Harris story is simply heartbreaking. I happen to agree w/most of what he wrote in his book I KISSED DATING GOODBYE. To see him slide to where he now is painful. Let’s pray for this man! And thank you @LarryTaunton for clarity on this subject. https://t.co/Mgv76Bv8VX

Joshua Harris might be qualified to do the evangelical church one last favor: expose the behind-the-scenes shenanigans of Big Evangelicalism.https://t.co/smexwjnNRp

A reminder that all people are sinners & all have feet of clay and why “It is better to take refuge in the Lord than to trust in man” (Psalm118:8). As I learned from a child, “Trust in the Lord with all your heart, and do not lean on your own https://t.co/CW61sQv0YE

Christian author Joshua Harris is sorry for the damage he did. Now what? | @Salon https://t.co/RAqOzCY1Fm pic.twitter.com/2mAy0aW9Hf

“It would give us great joy to see our friend return to the gospel he proclaimed, the Bible he affirmed, and the Jesus he held out to others.” https://t.co/DInr1Fli9M

Joshua Harris @HarrisJosh has made his apostasy very public. He’s denied Christ. He’s blasphemed God’s Law and Gospel. He’s become an evangelist for apostasy and homosexuality. These are not neutral or innocent acts. He’s declared war against Christ and the souls of men. pic.twitter.com/ht3Axnz3bA