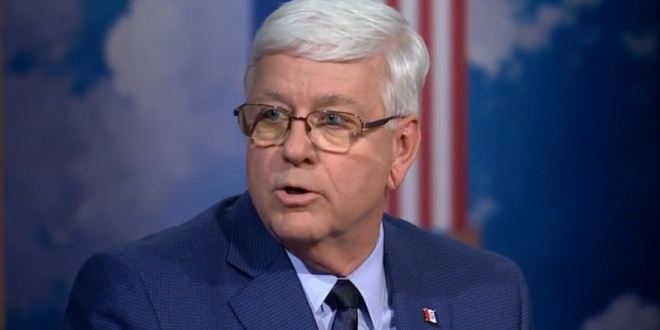 The ousted Iowa Department of Human Services director will pursue a wrongful termination lawsuit, alleging he was let go after objecting to a pay arrangement for the governor’s deputy chief of staff, his lawyer said Wednesday.

Jerry Foxhoven, a 67-year-old legal scholar known for his frequent workplace praise of the late rapper Tupac Shakur, will file a whistleblower claim with the State Appeal Board, his attorney Tom Duff said. That’s the first step toward pursuing a lawsuit against state government.

Foxhoven is expected to announce the action at a news conference Thursday. It’s the latest development stemming from a personnel decision that has put Republican Gov. Kim Reynolds on the defensive and prompted inquiries by state and federal watchdogs.

From my report last month:

The director of Iowa’s social services agency was a huge fan of the late rapper Tupac Shakur, and he frequently let his subordinates know it. Emails obtained by The Associated Press show that Iowa Department of Human Services Director Jerry Foxhoven routinely sent messages to employees lauding Shakur’s music and lyrics even after at least one complained to lawmakers.

Then last month, he sent another such email to all 4,300 agency employees. He was abruptly ousted from his job the next work day. Foxhoven, 66, told employees that he had been a huge fan of the hip-hop artist for years. He hosted weekly “Tupac Fridays” to play his music in the office. He marked his own 65th birthday with Shakur-themed cookies, including ones decorated with the words “Thug life.”

So maybe it wasn’t about Tupac at all.