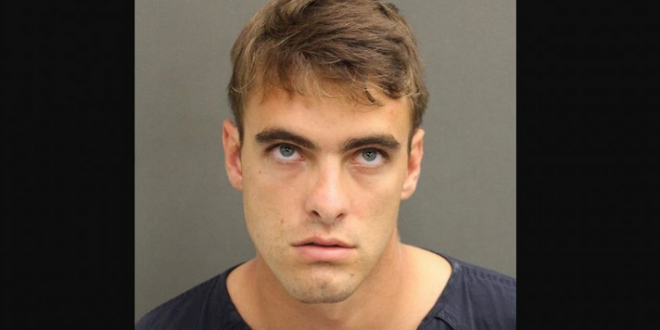 FLORIDA: White Supremacist Arrested In Terror Threat: “In 3 Days I Get My AR-15 Back, Don’t Go To Walmart”

A Florida white supremacist has been arrested for threatening a shooting at a Walmart just days after 22 people were killed at a Walmart in El Paso, Texas, in one of the worst mass shootings in the country’s modern history.

Richard Clayton, 26, was arrested by Florida Department of Law Enforcement authorities on Friday in Winter Park after making an online threat last week, according to police. On Aug. 6, Clayton allegedly posted on Facebook, “3 more days of probation left then I get my AR-15 back. Don’t go to Walmart next week.”

“Clayton appears to believe in the white supremacist ideology and has a history of posting threats on Facebook using fictitious accounts,” Florida Department of Law Enforcement officials said.

Police say Clayton was not actually on probation.

Clayton was arrested at his parents’ Winter Park home Friday evening. Winter Park police detailed how Clayton was uncooperative and belligerent during the arrest, at one point telling an officer: “Officer, I hope that the next call you go to, you get blown away and killed. God, I pray that happens.”

Court paperwork details how Clayton repeatedly asked an officer if he was Hispanic and that “they are what is wrong with this country. They come in and are ruining everything.”

At one point, Clayton repeatedly asked an officer if he was a Nazi, then proceeded to expose himself and threatened to urinate in the police car. After an officer told Clayton he was not Hispanic, Clayton replied, “OK, well then, I guess I won’t pee in your car, then.”