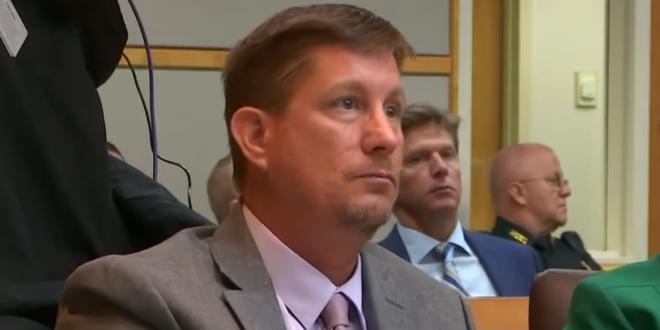 A white Florida man who fatally shot an unarmed black man during a dispute over a handicapped parking space last year was found guilty of manslaughter on Friday.

Michael Drejka, who killed Markeis McGlockton at the convenience store parking lot in Clearwater, Florida, in July 2018, told detectives he fired at McGlockton because he had been pushed to the ground and feared further attack.

Initially, the sheriff’s office did not charge Drejka, who has a concealed weapons license, citing self-defense under the state’s divisive “stand your ground” law. But almost a month later, prosecutors filed manslaughter charges against Drejka.

Drejka will be sentenced in October.