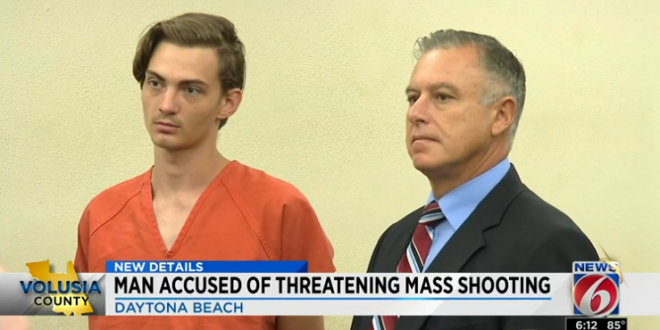 Florida Man Arrested In Mass Shooting Threat: “A Good 100 Kills Would Be Nice, I Already Have A Location”

A Florida man who claims to be fascinated with mass shootings sent multiple text messages saying that he’d like to shoot into a large crowd and kill 100 people, according to the Volusia County Sheriff’s Office.

Deputies said they received information about text messages 25-year-old Tristan Scott Wix, of Daytona Beach, sent to someone. In the messages, Wix wrote that he was willing to die while committing a mass shooting and was hoping to have someone help him, records show.

“A school is a weak target.. id be more likely to open fire on a large crowd of people from over 3 miles away. I’d wanna break a world record for longest confirmed kill ever. But a good 100 kills would be nice. I already have a location (laughing cry face emoji) is that bad?”