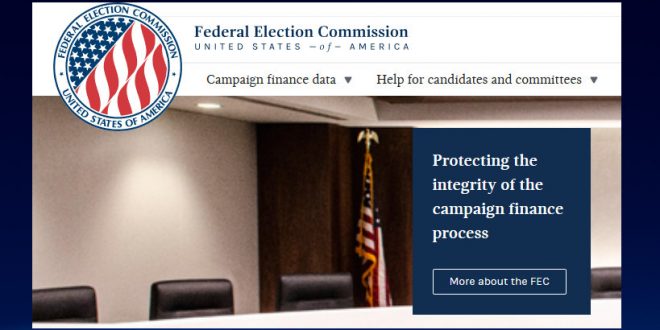 The Center for Public Integrity reports:

Federal Election Commission Vice Chairman Matthew Petersen announced his resignation today. This means the agency that enforces and regulates the nation’s campaign finance laws will effectively shut down — something that hasn’t happened since 2008 — because it won’t have the legal minimum of four commissioners to make high-level decisions.

Petersen’s resignation, first reported by the Washington Examiner, will throw the FEC into turmoil for weeks — and perhaps months — as the nation enters the teeth of 2020 presidential and congressional elections.