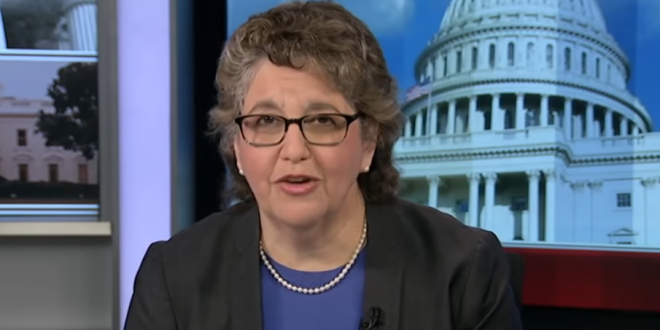 The Democratic chairwoman of the Federal Election Commission on Friday challenged President Donald Trump to provide evidence of the voter fraud he insists cost him New Hampshire in 2016 or quit talking about it. In a letter to Trump, Ellen Weintraub said the country’s democracy depends on “the American people’s faith in our elections. Your voter-fraud allegations run the risk of undermining that faith.”

Weintraub’s missive came a day after Trump complained to reporters — and to his supporters at a rally in Manchester, New Hampshire — that he had narrowly lost the Granite State because of fraudulent voting, a claim for which there is no evidence. “New Hampshire should have been won last time, except we had a lot of people come in at the last moment, which was a rather strange situation,” Trump said. At the rally, he told the crowd that New Hampshire was “taken away from us.”

In this letter, I ask him to back up his claims in terms a former casino operator should understand: “There comes a time when you need to lay your cards on the table or fold.” pic.twitter.com/vkddT1jGmH