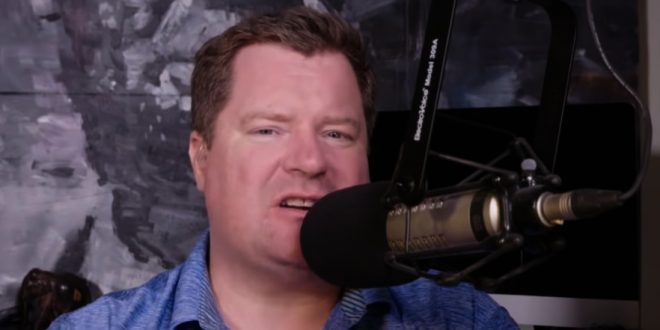 “Even I am shocked that I would talk about President Trump and humility, but in this one regard he actually does exercise more humility than Pete Buttigieg. President Trump has said more than once he has never felt the need to repent for anything. That raises questions about his salvation that I have explored in the past and also why I continue to think evangelicals who constantly cheer everything he does are doing his soul harm.

“Pete Buttigieg is a practicing homosexual who willfully refuses to recognize Holy Scripture identifies that as a sin. He will not repent either. There is a big difference, however, between these two unrepentant sinners. Donald Trump does not lecture Christians about their faith and Buttigieg has made it a central part of his campaign. So yes, in that regard, President Trump has more humility than Buttigieg.” – Right winger Erick Erickson.

Erickson last appeared on JMG when he declared that Democrats would be “running to the defense” of Jeffrey Epstein if he had molested “boys in drag.”

Previous Kentucky Gov: Casinos Have Suicides “Every Night”
Next Elijah Cummings: I Scared The Burglar Away By Yelling