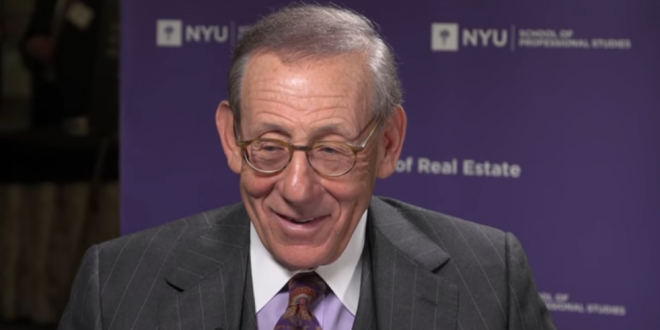 A report that Stephen Ross, the billionaire owner of the Equinox and SoulCycle fitness clubs and the Miami Dolphins, would host a Hamptons fundraiser for President Trump prompted a social media meltdown today, with calls for boycotts and protests.

Ross, whose net worth Forbes estimates at $7.7 billion, is also chairman of Related Companies, which is behind the $25 billion Hudson Yards mega-development in New York City. Both Equinox and SoulCycle are facing social media backlash for Ross’ ties to Trump, with members threatening to take their business elsewhere.

Equinox and SoulCycle posted letters on Instagram addressing the backlash. Both state Ross is a “passive investor” and “not involved” in directing the company. (Ross is, however, the chairman of parent company Equinox Holdings.)

Some high-profile LGBTQ activists and celebrities took to social media to call for a boycott of Equinox Fitness clubs and SoulCycle over the fundraiser, which was organized to support Trump’s reelection and comes with a price tag as high as $250,000 for an audience with the president.

“Hey @Equinox – what’s your policy for canceling memberships once a member finds out your owner is enabling racism and mass murder?” comedian Billy Eichner tweeted Wednesday afternoon. He followed up later with a tweet saying he had canceled his membership.

From a Change.org petition:

We joined this gym because we believed it shared our values. We believed it was a safe space for people like us. We believed that we were supporting a company that was inclusive, accepting and celebrating our diversity and supporting our physical and mental health as a community.

You have a MORAL obligation to be all of those things for your members.

Supporting this administration and the myriad of ways in which it undermines and endangers members of our communities is UNACCEPTABLE and if this fundraiser indeed does take place we will be looking for another gym to give our money to and we will be calling on our networks of LGBTQ and POC friends to do the same.

Previous Students For Trump Founder Pleads Guilty To Fraud Scheme, Pretended To Be Lawyer, Faces Up To 20 Years
Next CHATTER AWAY: Overnight Open Thread