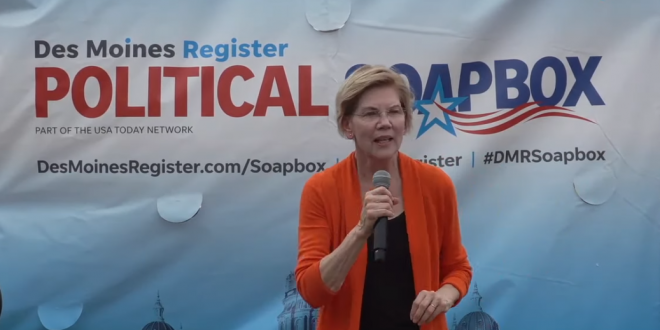 Elizabeth Warren’s early investment in Iowa is paying off. A new Iowa Starting Line-Change Research poll shows the senator opening up a commanding lead in the Iowa Caucus.

Warren was the top pick of 28% of likely Iowa Caucus-goers in the poll, an 11-point lead over the nearest competitor. Joe Biden and Bernie Sanders were both tied for second with 17% each. Pete Buttigieg came in fourth at 13% and Kamala Harris has the backing of 8%.

Both Cory Booker and Beto O’Rourke garnered 3% of caucus-goers’ support, while Steve Bullock, Tulsi Gabbard, Amy Klobuchar and Tom Steyer got on the board at 2%. Julian Castro, Michael Bennet and Andrew Yang rounded out the field at 1%, while everyone else had less than that.