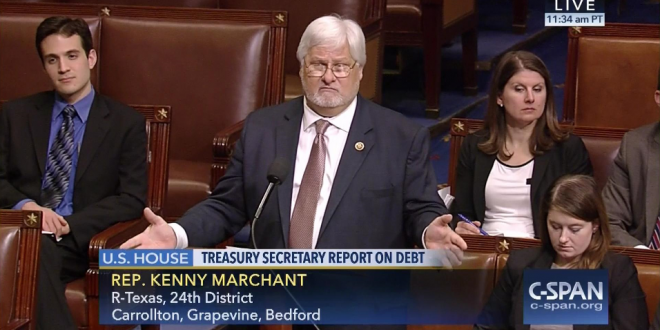 Representative Kenny Marchant of Texas is planning to announce his retirement on Monday, according to two Republican officials, becoming the fourth Republican House member from Texas in recent weeks to head for the exits rather than face re-election in 2020 in a state that is rapidly becoming more competitive.

Mr. Marchant, who was first elected in 2004, won his suburban Dallas district by comfortable margins for over a decade, but last year he prevailed by only three points against a Democratic opponent who had relatively modest financial resources.

With Mr. Marchant, a total of 11 House Republicans plan to retire or seek another office in 2020; just three House Democrats have announced they won’t run again. The Democrats hold a 37-seat majority in the House with two vacancies at the moment.