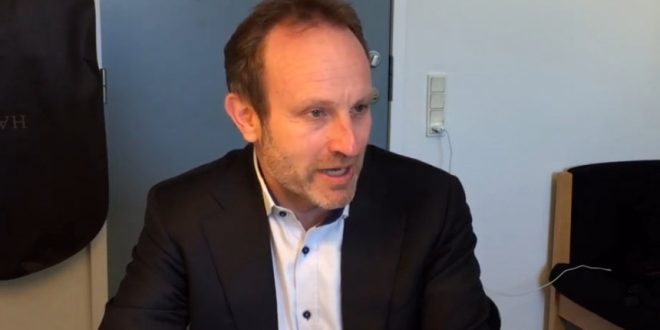 Danish Prime Minister Mette Frederiksen says she is “disappointed and surprised” by U.S. President Donald Trump’s decision to cancel his visit to Denmark after she called Trump’s idea of buying the semi-autonomous Arctic territory of Greenland from Denmark “an absurd discussion.”

Trump, who was scheduled to visit Denmark on Sept. 2-3 as part of a European tour, tweeted his decision early Wednesday. The cancellation stunned Danes and blindsided the Danish royal palace, with spokeswoman Lene Balleby telling The Associated Press it came as “a surprise” to the royal household, which had formally invited Trump.

Frederiksen said she is standing behind the government of Greenland, a semi-autonomous Danish territory. “A discussion about a potential sale of Greenland has been put forward. It has been rejected by Greenland Premier Kim Kielsen and I fully stand behind that rejection,” she told reporters at a press conference Wednesday in Copenhagen.

“Total chaos with @realDonaldTrump and cancellation of state visit to Denmark. It has gone from a big opportunity for strengthened dialogue between allies to a diplomatic crisis,” former foreign minister Kristian Jensen, a member of the opposition Liberal Party, said on Twitter.

“Everyone should know Greenland is not for sale,” Jensen said of the world’s largest island, which has considerable mineral wealth and a U.S. military presence at the Thule Air Base under a U.S.-Danish treaty dating to 1951.

Martin Lidegaard [photo], a former foreign minister, told broadcaster TV2 it was “a diplomatic farce,” and Trump’s behaviour was “grotesque” and he was “throwing a hissy fit.”