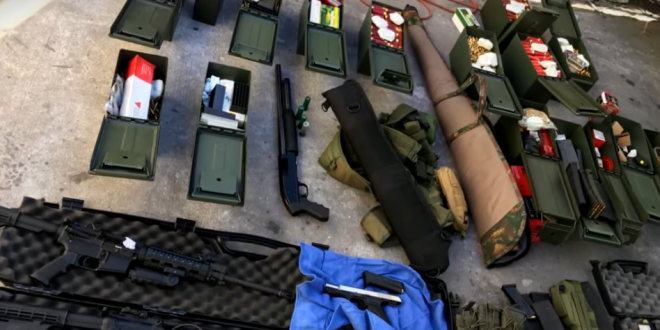 A mass shooting may have been prevented when a co-worker reported that a disgruntled employee had threatened to shoot other workers and customers at a California hotel, police said Wednesday. The man, who had several high-powered weapons and hundreds of rounds of ammunition at his Los Angeles-area home, was arrested Tuesday, police said.

Rodolfo Montoya, 37, who was arrested at his home in nearby Huntington Beach, communicated the threat to someone he worked with at a Marriott hotel Monday evening, Long Beach Police Chief Robert G. Luna said. The chief hailed the worker who helped get police involved, saying the warning likely saved lives.

Police said they seized high-powered firearms, including one described as an assault rifle, hundreds of rounds of ammunition, 38 magazines that hold 30 rounds each and what was described as tactical gear from Montoya’s home.