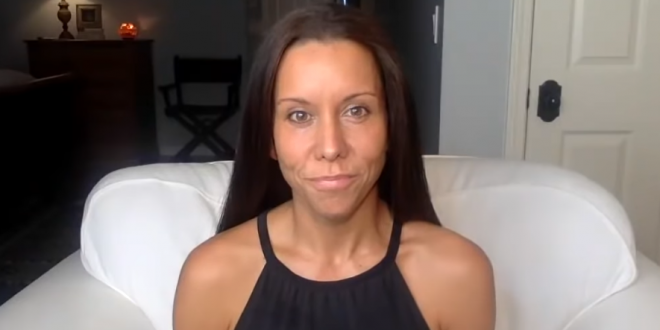 “There are lists of words that they get that they have to put these words, certain words, into their songs. These are spells. If you’ve ever wondered, ‘Why does every country music song mention alcohol, whiskey?’ I think there was a study done that said 90 percent of country music songs in some form or fashion mention or make reference to, if not outright [promote] drinking. There has been a great illusion put over us and music is so powerful.”

“There is a frequency that is sort of the God frequency and then there is a frequency that is just sort of off from that. Our scale of modern music is off from the real resonance, it’s just a scale down. We don’t realize it, but all of our music is tainted in this way and sound has a powerful influence, a powerful effect on our bodies, on our minds. We’re 75 percent water, and so when something reverberates though you, it changes your DNA.” – Christian activist Tiffany Fitzhenry.

RELATED: For a tiptoe through the tulips of Crazy Land, check out Fitzhenry’s personal website. Holy crap.

NEW 9/11 INVESTIGATION: “They started off by saying the Pledge of Allegiance. Ten minutes later, they were reading a resolution citing the existence of “overwhelming evidence” that “pre-planted explosives caused the destruction of the three World Trade Center buildings…”

Fake News: Massive hole forms in upper atmosphere of sun, our planet will align with that hole later this week.

Real Headline: Control of the narrative slips away from the demonic cult that’s been enslaving humanity for centuries. They panic. https://t.co/UMzjgP3eFK