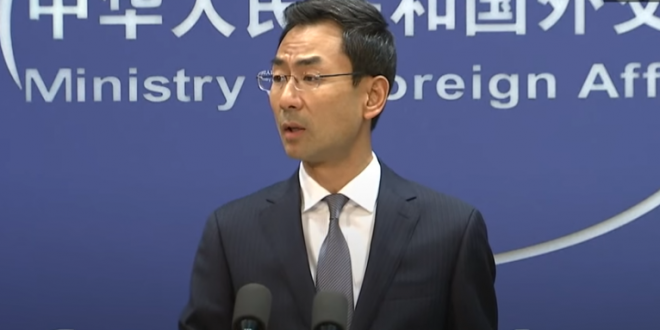 Chinese Spox: Trump Totally Lied About Us Calling Him

One day later, China is still insisting no phone calls took place over the weekend that President Donald Trump claimed showed its willingness to talk again.

“I have not heard of this situation regarding the two calls that the U.S. mentioned in the weekend,” Chinese Foreign Ministry spokesman Geng Shuang said at press conference on Tuesday. He had denied on Monday that the calls had taken place.

“Regretfully, the U.S. has further increased the tax rate on China’s exports to the U.S. This extreme pressure is purely harmful to both sides and not constructive at all,” Geng said, according to a CNBC translation.