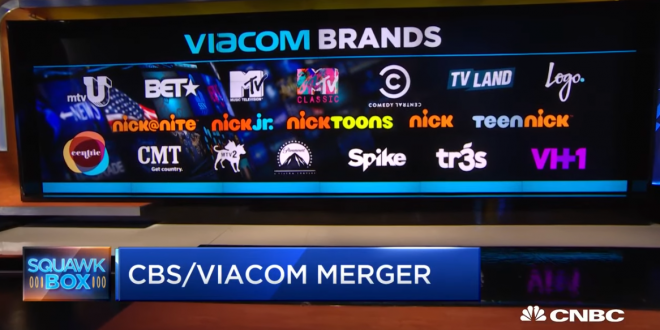 CBS and Viacom have agreed to a price for their long-awaited merger and plan to formalize the deal with an announcement after the close of trading today, sources tell Deadline.

The “exchange ratio” — how many shares of each company will be traded in the all-stock translation — had been a major consideration in negotiations over recent days.

The boards of each company have agreed to a ratio of 0.59625 shares of CBS stock for each full share of Viacom. People familiar with the talks confirmed the figure, which was initially reported by Bloomberg and Reuters.

Previous Trump Defends Linking Bill Clinton To Epstein’s Death: That Was A Retweet From A “Highly Respected Pundit”
Next Trump: Cuomo Is An “Out Of Control Animal” [VIDEO]