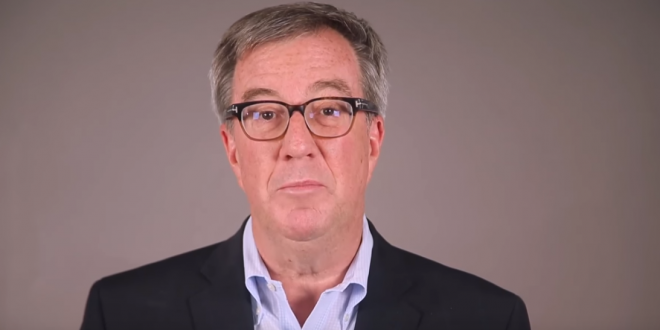 I’m gay. There – I said it; or rather, wrote it. Those two words took me almost four decades to utter, but as they say, “Better late than never.” As I look back over the years, there were some telltale signs that I wasn’t straight.

As a grade 7 student, I remember some older boys on my school bus always taunting me and calling me “Jim Fairy.” And growing up, I was always much more attracted to male TV and movie stars, such as Rob Lowe and Brad Pitt, rather than Julia Roberts or Sharon Stone.

I’m proud of my track record on LGBTQ issues, from voting in favour of a motion on same-sex marriage to being the first Ottawa mayor to march in the Pride Parade during my first term. But if I can be so bold as to offer one bit of advice to those still in the closet: Don’t feel pressured or rushed to come out, but don’t wait 40 years either.

The mayor of Ottawa revealed Saturday that he is gay, an announcement that comes on the eve of gay pride week in the Canadian capital city. The 58-year-old, who has served as mayor since 2010, recalled being a shy teen who moved and changed schools frequently, preventing him from making friends. It was the 1970s, a time when “there were virtually no resources to seek for guidance or help, or just to talk.”

After graduating from university, Watson said he threw himself into his work. A provincial MP from 2003 to 2010, he also served as city councillor and provincial cabinet minister. “As I look back over my life, and in hindsight, not coming out sooner was a big mistake on my part,” he wrote. “My reluctance has not allowed me to live my life as full of love and adventure as my gay friends who were bolder and braver than I ever was.”

Hit the first link for a full recounting of his journey.

Previous Leaked Brexit Docs Predict Food, Medicine Shortages
Next Jeanine Pirro Suggests Epstein Was Murdered: How Do You Determine Manner Of Death With No Cameras?