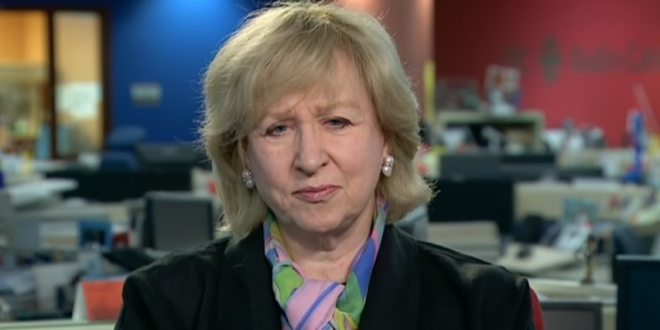 Former prime minister Kim Campbell has apologized for a tweet which said she was “rooting” for Hurricane Dorian to hit a resort owned by U.S. President Donald Trump. Campbell took to Twitter on Wednesday and tweeted “I’m rooting for a direct hit on Mar-a-Lago!”

The now Category 3 hurricane is expected to hit Florida and other parts of the U.S early next week. President Trump’s Mar-a-Lago resort is in Palm Beach, Fla.

Following the tweet, Campbell received widespread criticism online. But she continued with another tweet on Thursday, writing “We will see if Mrs. Post’s design can stand up to the assault!” referring to Marjorie Merriweather Post, who built Mar-a-Lago.

Campbell last appeared on JMG early this summer when she tweeted that Trump is a “motherfucker.”

I have deleted my tweet about the hurricane & Mar a Lago and sincerely apologize to all it offended. It was intended as sarcasm-not a serious wish of harm. Throwaway lines get a life of their own on Twitter. I shd know better. Mea culpa.

Our family is rooting for the safety of millions of homes, businesses, families and wonderful people in a great State of Florida. #Classless