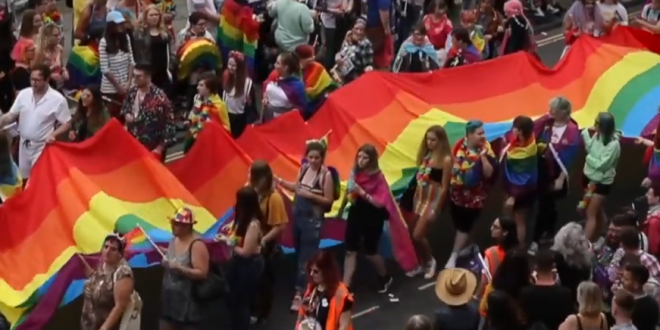 A bus driver has been suspended after he allegedly refused to drive a bus supporting Pride events. He reportedly told passengers in Norwich: “This bus promotes homosexuality and I refuse to drive it.”

Rainbow numbers were used on the bus in a nod to the Pride flag. Go East Anglia, which runs Konectbus, said the driver had been suspended and an investigation was under way.

Passenger Becca Sears shared on Twitter that the bus to Thickthorn, near Norwich, was delayed while another driver was found. Go East Anglia said on Twitter that it “prides itself on values that support diversity and inclusion and has been a champion of Norwich Pride since 2017”.

Previous Fox Guest: There’s An Invasion On Our Southern Border But The Democrats Are Trying To Weaponize That Word
Next Texas Legalizes Brass Knuckles Because Of Course