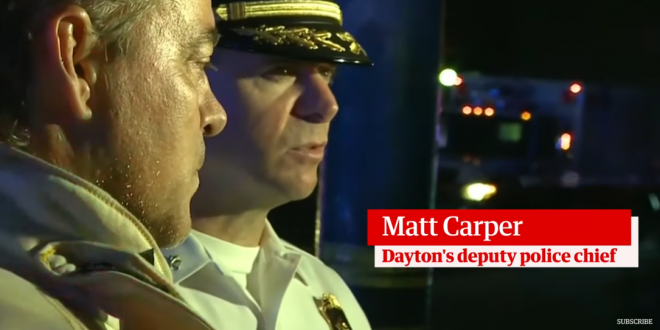 In the second mass shooting in less than 14 hours, at least nine people are dead and more than a dozen wounded after someone opened fire in downtown Dayton, Ohio, early Sunday, according to police.

In addition, the suspected shooter was shot and killed by responding officers. Police said they are only aware of one shooter. Authorities responded quickly to the shooting, first reported at 1 a.m., and said police are regularly present in the crowded district popular with tourists and locals.

“Most of us can’t get to our cars because there are bodies scattered all over across the street from our cars,” an eyewitness told Dayton ABC affiliate WKEF. “People that were shot, hit, innocent people — we can’t get home to our families now, and those people aren’t going home to their families either.”