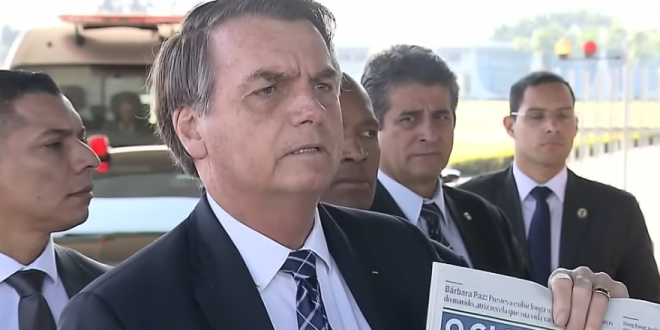 Brazilian President Jair Bolsonaro said Tuesday that he will accept the offer of international aid to help fight the fires raging across the Amazon rainforest, but that French President Emmanuel Macron must first apologize to him. Bolsonaro appeared offended by Macron’s comments related to his handling of the unfolding crisis in the Amazon, and wanted them retracted. “And then we can speak,” he said, according to The Associated Press.

The Brazilian leader’s demand for an apology follows Macron lashing out after a Bolsonaro supporter mocked Macron’s wife, Brigitte, in a Facebook post, comparing her to Bolsonaro’s wife, Michelle, and suggesting Macron was jealous. Bolsonaro commented on the post in Portuguese, “don’t humiliate the guy … haha,” leading Macron to respond during the Group of Seven summit on Monday that the comment was “very disrespectful.”