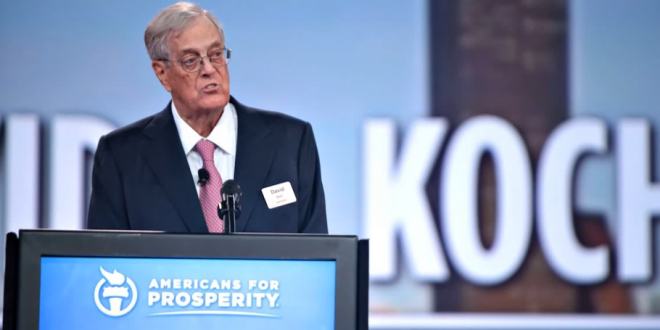 David Koch, billionaire conservative activist and philanthropist, has died. He was 79. He and his brother, Charles, co-owned Koch Industries, a Nebraska-based energy and chemical company, since 1983. David stepped down from running the Koch organization last year due to declining health. The Koch brothers helped to build a massive conservative network of donors for organizations that work to mobilize voters and sway elected officials in support of libertarian-leaning economic policies.

Sources close to the family say David Koch has died.

Previous The Chosen One Rages: Democrats Are Willing To “Lose Their Wealth” Just For A Possibility To Beat Me In 2020
Next China Retaliates With Additional $75 Billion In Tariffs