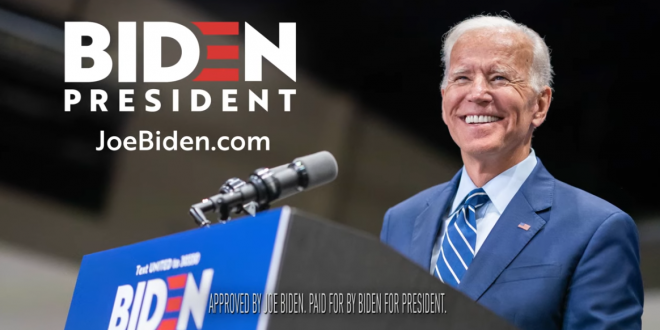 In a 60-second piece targeting media markets in Des Moines, Cedar Rapids, Quad Cities and Sioux City, the former vice president’s campaign describes the 2020 election as more urgent than ever before.

“We know in our bones this election is different,” a narrator says. “We have to beat Donald Trump, and all the polls agree — Joe Biden is the strongest Democrat to do the job.

It’s actually a decent ad. The bit near the end will certainly enrage a certain orange lunatic.

Previous Only 10 Dems Have So Far Qualified For Next Debate
Next TEXAS: El Paso Mass Shooter Put On Suicide Watch