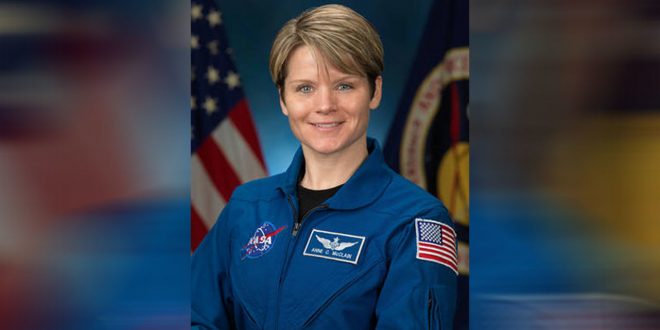 Summer Worden, a former Air Force intelligence officer living in Kansas, has been in the midst of a bitter separation and parenting dispute for much of the past year. So she was surprised when she noticed that her estranged spouse still seemed to know things about her spending. Had she bought a car? How could she afford that?

Ms. Worden put her intelligence background to work, asking her bank about the locations of computers that had recently accessed her bank account using her login credentials. The bank got back to her with an answer: One was a computer network registered to the National Aeronautics and Space Administration.

Ms. Worden’s spouse, Anne McClain, was a decorated NASA astronaut on a six-month mission aboard the International Space Station. She was about to be part of NASA’s first all-female spacewalk. But the couple’s domestic troubles on Earth, it seemed, had extended into outer space.

In 2018, McClain asked a judge to grant her shared parenting rights of the child, saying in documents, “She was there for his first steps and first words” and that they had “a very healthy and deep parental relationship.”

Later that year, McClain filed court documents alleging that Worden assaulted her. Worden maintains that they never had a physical altercation. Those charges were dropped, and Worden filed for divorce, but she said that the ongoing battle in Texas didn’t stay on Earth.

“USAA Bank did give evidence to my attorneys that she did access my bank accounts,” Worden said. According to Worden, in 2019, McClain broke into her bank accounts while she was on board the International Space Station. Worden gave KPRC the letter that her attorney sent to the NASA inspector general documenting the alleged breach.

NASA says it is looking into claims that their astronaut Anne McClain accessed her estranged wife’s bank account from the International Space Station — it what would be the first-ever crime committed from space https://t.co/wabY0aT1Aa

Previous State Department To Open US Consulate In Greenland
Next Federal Appeals Court: Kim Davis Can Be Sued By Gays