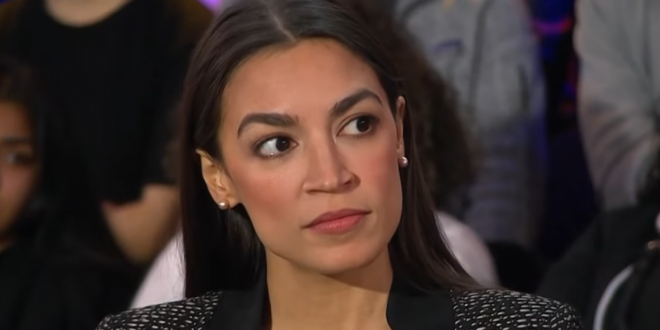 The young men wear matching shirts from Senate Majority Leader Mitch McConnell (R-Ky.)’s campaign, and cluster around a cardboard cutout of Rep. Alexandria Ocasio-Cortez (D-N.Y.). Several of them hold their thumbs down. One grasps the life-size poster by the waist and pretends to kiss the congresswoman. Another appears to mime his hand around her neck.

McConnell’s campaign answered in the negative to both questions, saying in a statement that it “in no way condones” the image and also noting that the men are high school students with no official affiliation.

Pictured: seven young white men in “Team Mitch” T-shirts, gathered round a distressed looking cardboard @AOC, groping and kissing her. The caption, “break me off a piece of that.”