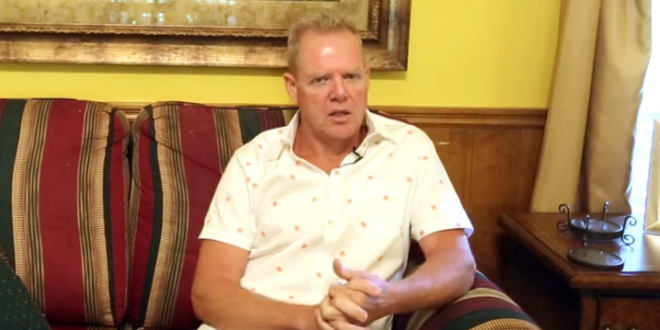 McKrae Game is gay. He was gay when he received counseling from a therapist who assured him he could overcome his same-sex attractions.

He was gay when he married a woman and founded what would become one of the nation’s most expansive conversion therapy ministries. He was gay when thousands of people just like him sought his organization’s counsel, all with the goal of erasing the part of themselves Game and his associates preached would send them to hell.

For two decades, he led Hope for Wholeness, a faith-based conversion therapy program in South Carolina’s Upstate. Conversion therapy is a discredited practice intended to suppress or eradicate a person’s LGBTQ identity through counseling or ministry.

You know where this all too familiar story is heading, but hit the link anyway for some of the gyrations this guy went through to stop digging dudes. Most notable perhaps, was his mailing a photo of himself to a dirty bookstore with a plea not to sell to him anymore.

Previous Trump: Suck Up To ME If You Want Good TV Ratings
Next Trump Makes Promotional Appearance At Golf Course After Claiming He Canceled Poland Trip Due To Dorian