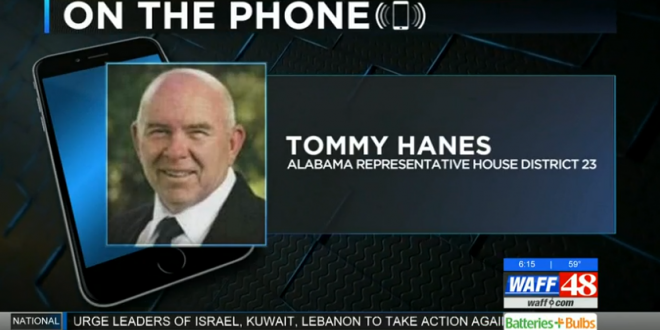 From the right wing Yellowhammer News:

U.S. Rep. Ilhan Omar (D-Minn.) is no friend of the Alabama Republican Party. That was the takeaway on Saturday at the ALGOP’s summer meeting hosted on the Plains in Lee County after the body passed a resolution introduced by State Rep. Tommy Hanes (R-Bryant) calling for Alabama’s congressional delegation to seek the expulsion of their Democratic colleague Omar. Hanes took to the floor of the meeting to make a case for his proposal.

“It’s just simply asking this body to ask the U.S. delegation, the Alabama delegation in Washington, D.C. to start proceedings to unseat Ilhan Omar, congresswoman from Minnesota,” Hanes said. “This woman is continuously spewing anti-American rhetoric, anti-Semitism. She is un-American. She came from a war-torn country in Somalia to seek protection under Lady Liberty’s hand. Let Alabama be first and let’s see how many other states follow,” Hanes added.

Earlier this year Hanes introduced a bill that mandates drug testing for all recipients of food stamps.