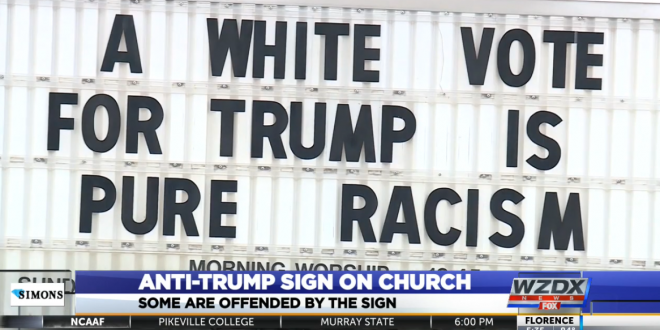 A Baptist church in Birmingham, Ala., is capturing national attention for a sign saying that a black person voting for President Trump “is mental illness.”

The controversial sign put on display outside the New Era Baptist Church reads on one side, “A black vote for Trump is mental illness.” The other side of the sign displays another message: “A white vote for Trump is pure racism.”

Michael Jordan, the pastor of the local church, told WZDX that he put the sign up hoping it would encourage people to choose a name other than Trump on their ballots their next year.

As you’ll see in the clip, a local cultist is going to ask the city to force the church to take the sign down.