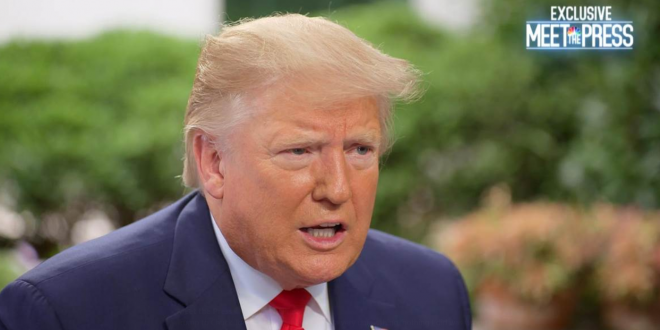 The White House is distributing tickets for President Trump’s July Fourth speech on the Mall to Republican donors and political appointees, prompting Democratic lawmakers to question whether the administration’s planned celebration violates federal ethics rules. The Republican National Committee confirmed on Tuesday that it had received some passes to Trump’s address at the Lincoln Memorial, which it described as standard for presidential events.

The speech Thursday will kick off the “Salute to America,” a revamped Independence Day observance designed by the president that will also include a military flyover and an extended fireworks display. The awarding of tickets to GOP supporters has exacerbated tensions between the Trump administration and lawmakers who have been pressing for a full accounting from federal agencies.

Previous Woman Pleads Guilty To Mailing Bombs To Obama And Others, Busted By DNA Match Of Her Cat’s Hair [VIDEO]
Next US Beats England 2-1 To Advance To World Cup Final