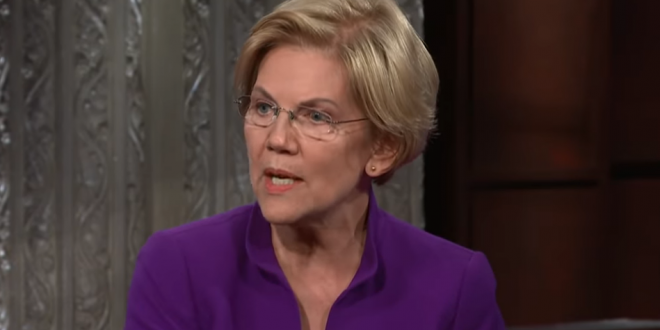 Senator Elizabeth Warren raised an eye-popping $19.1 million for her presidential campaign over the last three months, tripling her haul for the first quarter and narrowly overtaking Vermont Senator Bernie Sanders’ fundraising for the same time period — a major victory for Warren as the two battle for liberal grassroots donors .

The total released Monday is the latest sign of the Massachusetts senator’s ascendance in a crowded Democratic primary field after her campaign’s anemic start this year, as her penchant for detailed policy proposals fueled headlines and voter enthusiasm that touched off a slow and steady rise in the polls.

Warren raised more money than key rivals Sanders and California Senator Kamala Harris , showing significant growth as their fundraising leveled off. It also suggests that the biggest risk of Warren’s campaign — her vow to skip private fundraising events with high-rollers — has not foreclosed her ability to pull in large amounts of money.