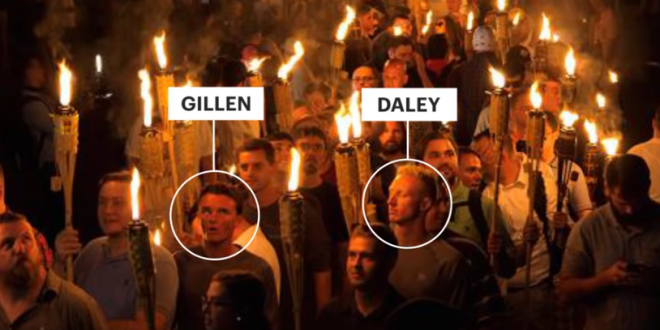 Three men who were part of a white supremacist group that traveled from California to Virginia with a plan to attack counter-protesters at the 2017 “Unite the Right” rally have been sentenced to time in prison. According to the Department of Justice, 26-year-old Benjamin Daley was sentenced to 37 months, 25-year-old Thomas Gillen was sentenced to 33 months, and 30-year-old Michael Miselis was sentenced to 27 months.

The men are members of the Rise Above Movement, a militant group known for members who train in mixed martial arts street-fighting techniques. Members of the California-based group were caught on camera punching, kicking and choking counterprotesters before a planned “Unite the Right” rally in Charlottesville in August 2017. The men all pleaded guilty to conspiring to riot.