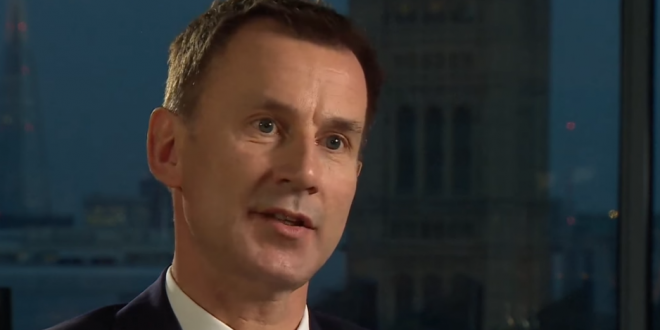 U.K. Foreign Minister Jeremy Hunt warned there would be “serious consequences” after Iran seized a British-flagged oil tanker in the Gulf.

“We are absolutely clear that if this situation is not resolved quickly there will be serious consequences,” he told the BBC Friday evening. “We are not looking at military options. We are looking at a diplomatic way to resolve this situation, but we are very clear that it must be resolved.”

The Stena Impero was seized in the Strait of Hormuz Friday by the Iranian Revolutionary Guard, amid rising tensions between Iran, the U.K. and the United States. A second tanker, Liberian-flagged but British operated, was briefly seized and then released.