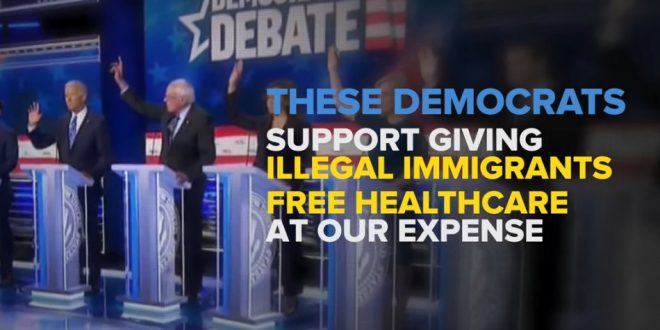 Donald Trump won’t be on stage for the two nights of the Democratic presidential debate in Detroit, but he’s not missing the opportunity to take shots at the candidates. The president’s re-election campaign is airing a 30-second attack ad that opens with 10 Democrats, including Joe Biden, Bernie Sanders and Kamala Harris, raising their hands when asked if their health care plans would cover undocumented immigrants. The question was asked during the first debate in Miami on June 27.

The ad is running during every break on CNN this morning.