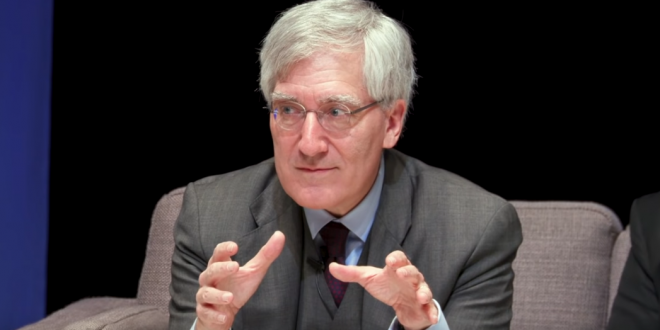 The Trump administration plans to officially launch a new panel on human rights as early as Monday — one already under scrutiny from Democrats who fear its stated focus on “natural law and natural rights” could undercut protections for women and LGBTQ people around the world.

State Department officials are briefing officials in Washington this week on the unveiling of the “Commission on Unalienable Rights,” a body with as many as 15 appointees who will offer advice on human rights policy to Secretary of State Mike Pompeo.

The panel was conceived with almost no input from the State Department’s human rights bureau, people familiar with the matter say, effectively sidelining career government experts who have focused on human rights policy and have history across numerous administrations.

As I reported last month, the panel is reportedly the brainchild of NOM founder Robert George. As you may recall, after the Supreme Court’s Obergefell ruling, George called for “all federal and state officeholders in the United States” to defy the decision. Robert George is also the author of 2009’s Manhattan Declaration, which calls for Christians to engage in civil disobedience against all LGBT rights laws.