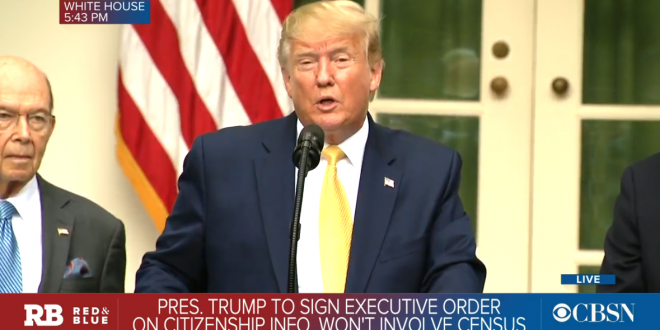 President Donald Trump announced Thursday that he is dropping his administration’s effort to add a citizenship question to the 2020 census, an abrupt reversal that came after Trump repeatedly insisted he would push ahead with trying to add the question.

Rather than add the question to the 2020 census, which will go to every household in America, Trump instructed other executive agencies to immediately provide all of their citizenship records to the Department of Commerce, which oversees the census.