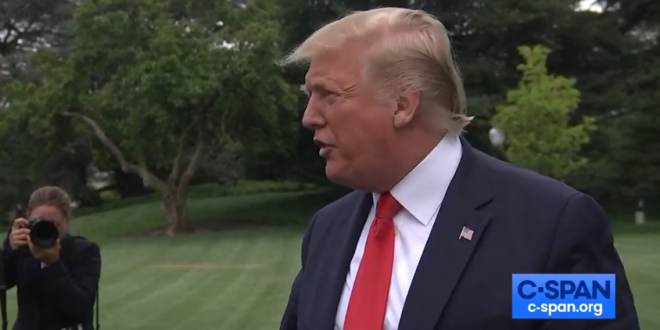 Trump: “There’s A Lot Of Talk About The Fact” That Dem Rep. Ilhan Omar Was Married To Her Brother [VIDEO]

“Well, there’s a lot of talk about the fact that she was married to her brother. I know nothing about it. I hear she was married to her brother. You’re asking me a question about it. I don’t know, but I’m sure that somebody would be looking at that.” – Donald Trump, as he was leaving to tonight’s cultist rally. It’s not clear whether he was actually asked about that. The Omar/brother conspiracy has been festering on far-right sites for years.