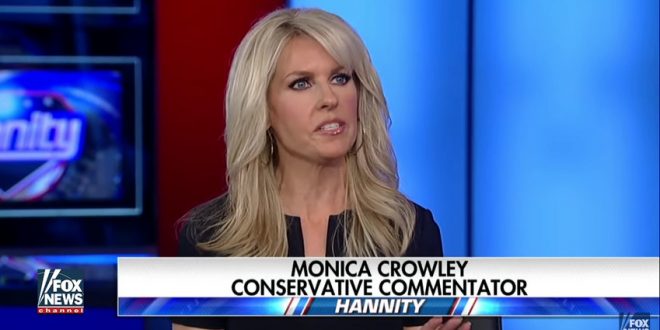 President Trump announced Tuesday that he plans to appoint former Fox News contributor Monica Crowley to be the next spokeswoman for the Treasury Department.

Crowley previously bowed out of a bid to join the National Security Council as a press secretary in 2017 after CNN’s KFile reported that her book, “What the (Bleep) Just Happened,” and her Ph.D. thesis contained instances of plagiarism.

After bailing on the NSC gig, Crowley registered as a foreign agent for a pro-Russia Ukrainian billionaire. I first reported her candidacy for the Treasury job back in April.