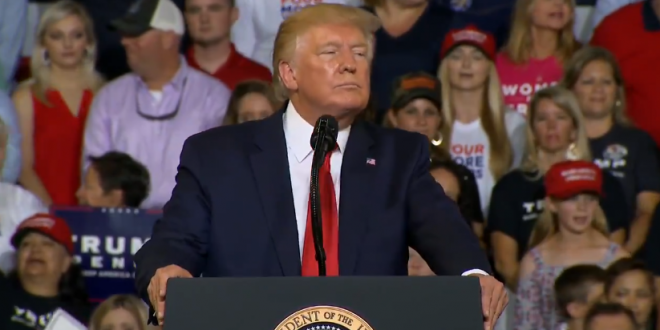 The House sued the Treasury Department and the Internal Revenue Service on Tuesday, demanding access to President Trump’s tax returns and escalating a fight with an administration that has repeatedly dismissed as illegitimate its attempt to obtain the financial records.

The lawsuit moves the dispute into the federal courts after months of sniping between the Democratic-led House Ways and Means Committee, which requested and then subpoenaed the returns, and Treasury Secretary Steven Mnuchin.

The case may ultimately go to the Supreme Court, and its outcome is likely to determine whether financial information that Mr. Trump has kept closely guarded in spite of longstanding presidential tradition will be viewed by Congress and, ultimately, the public.

President Trump sued the U.S. House Ways and Means Committee and New York state officials on Tuesday, seeking to protect his state tax returns from being turned over to the congressional committee.

The lawsuit, filed in federal court in Washington, seeks an injunction that would block the application of a new New York state law, which enables the Ways and Means Committee chairman to obtain Mr. Trump’s state tax records.

The committee and the Trump administration have been engaged in a separate but related dispute over Mr. Trump’s federal tax returns. The committee sued the Treasury Department and IRS earlier this month, trying to enforce a federal law that lets the committee chairman obtain any taxpayer’s returns.

Previous RUSSIA: Activist Found Murdered After Her Name Appeared On Site Offering Prizes For Attacking LGBTs
Next Scamvangelical To Hold “Spiritual Warfare” Event At Trump Hotel Due To Its High Levels Of Angelic Activity